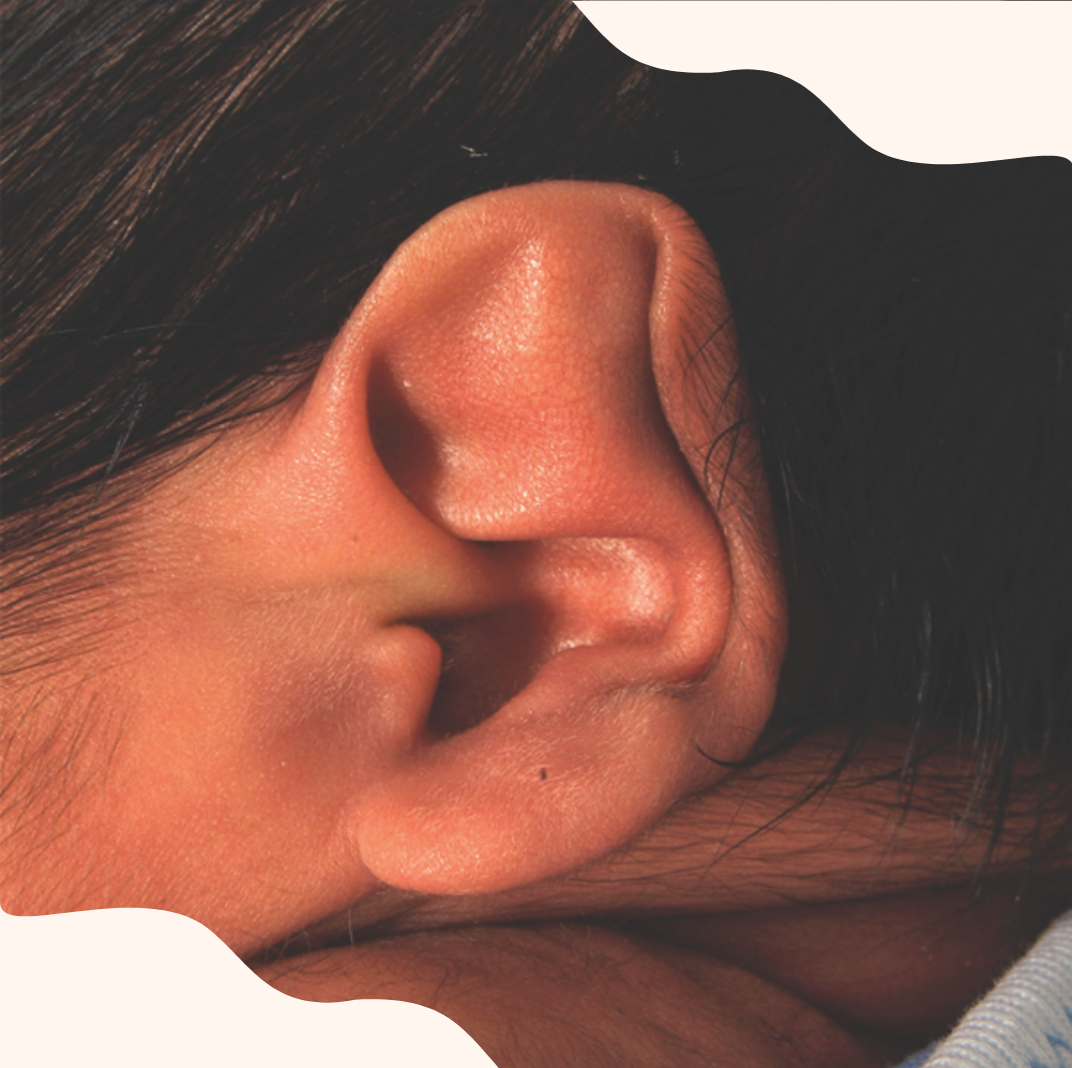 Steel ear is characterized by a deformity of the upper parts of the pinna with a flattened ear rim and malformed cartilage. This gives the upper end of the ear a pointed appearance, which is why this deformity is sometimes called pointed ear, elf ear, Vulcan ear, or Spock ear (in reference to the television series Star Trek). The cause of this deformity is unknown. In any case, steel ear occurs when, in addition to the two cartilaginous folds or crus that form the upper part of the ear, there is an additional cartilaginous fold in the horizontal direction. This extends to the helical rim (outer edge), which can cause the helix (upper part of the ear) to unfold and form a pointed shape.

Regarding the cause of the appearance of the extra cartilage, most experts agree that it is due to abnormal use of an intrinsic outer ear muscle. Steel ear can vary widely in severity. While functionality or hearing is not affected, impaired self-esteem and bullying can lead to psychological problems.

Can spock ear be corrected without surgery?
Even with Steel Ear, Vulcan Ear or Spock Ear, the timing of the treatment determines whether it can be done non-invasively and therefore painlessly. In the first weeks of life, when the ear cartilage is still soft and malleable, the Earwell® Children’s Ear Correction System can successfully bring the ear into a more aesthetic shape. This is done with the help of a special molding. This is placed on the ear by trained doctors in just a few minutes and usually remains there for four to six weeks.
This gentle, quick and painless method stretches the auricular transverse muscle, restoring the natural cartilage shape of the superior cros. If this window of the first weeks of life is missed, reconstructive surgery of the ear (otoplasty) can be performed from the fifth year of life, when the ear cartilage has consolidated. This involves removing the excess third cartilage to eliminate the pointed portion at the top. In addition, sutures may be inserted if needed to reshape the ear. Recovery time is approximately one to two weeks.
Treat steel ear or elf ear without surgery: How promising is it?
An EarWell® treatment uses the gentle pressure of the shell former on the shell ridge to correct the deformity permanently. Significant improvements are achieved in about nine out of ten treatments, as our before and after comparisons show! The individual EarWell® components also allow for the correction of mixed ear deformities.
Where can I go for advice on ear deformity treatment?
You can also find an EarWell® specialist near you via our doctor finder.
Docfinder

Get in touch with us.

Imprint
Privacy policy
Social media Visit us on our social media channels.We look forward to every single follower!Please feel free to share your before and after pictures with the #EarWell
Bondimed
Producer
Partner Belgium